Bridestoday
Bridestoday | Inspiration | Interviews | Is it Cool to Flirt If You're Already in a Relationship? 10 Women Share Their Views

Is it Cool to Flirt If You're Already in a Relationship? 10 Women Share Their Views

"Flirting is completely acceptable as long as it is harmless and isn't practiced with any ill intent in mind." 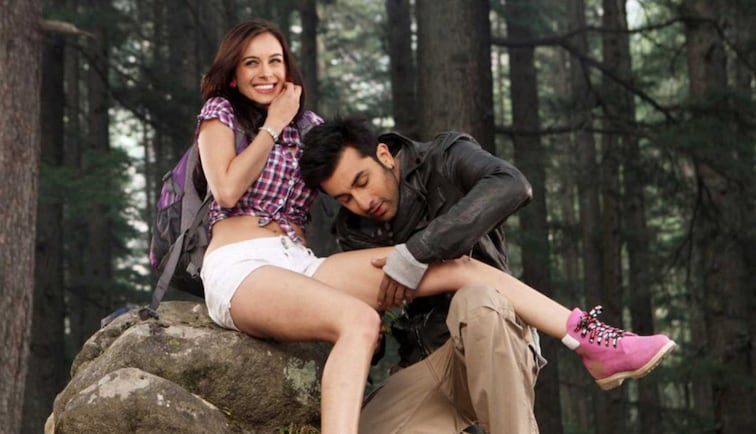 'Flirting', a rather controversial topic of discussion, if you may. Wikipedia describes it as, "a social and sexual behavior involving spoken or written communication, as well as body language, by one person to another, either to suggest interest in a deeper relationship with the person, or if done playfully, for amusement."

But when it comes to engaging in the act, do we think these things through? Not really. Hypothetically, if you find your partner casually flirting with a woman at the bar, would it bother you? Would you do the same with a man and excuse it off as 'harmless, friendly behaviour' ? There's actually a lot to think about when it comes to indulging in this so-called 'as good as infidelity' act.

While some people consider it healthy (even if not with your own partner), others condemn it for being deceitful. So we thought, why not ask a bunch of women to pitch in and share their thoughts!

"Flirting is completely acceptable as long as it is harmless and isn't practiced with any ill intent in mind. Many people are naturally flirtatious without even knowing so! However, that in no way suggests that you cant trust your significant other. They might be flirting for fun and not with the intention to progress into something more than just a casual, flirty conversation. I think transparency is key and if your partner is flirting with others, it is important to have an open conversation to explain how you feel about it and accordingly set boundaries. If you and your partner don’t agree, then both sides will have to meet somewhere in the middle. As long as you both are secure in the relationship, flirting is alright." ~Anisha Dudeja, 20

"Intentions matter. If one flirts with the intent to progress their flirtation into something more, then the trust between them and their partner is broken. If it is platonic flirting, then it is alright as it won’t progress into anything further." ~ Alma Chhabdia, 20

"Flirting with someone who is in a committed relationship is not wrong in my opinion. A person has the right to express how they feel towards another being. Appreciating the other person’s beauty, intelligence, wit etc is just an expression. How the latter responds to this is what determines whether they are cheating or not. So, flirting can be appropriate if it’s in a fun and playful manner." ~Anisha Mittal, 20

"Flirting is a big no-no, a relationship red flag. I'm not sure if I believe that one flirts just for fun...Why is it a source of personal amusement? I mean, sure it could be if you're single and are seeking something casual, but if you are committed I don't think the 'it's harmless, just for fun' reason cuts it. In my opinion, people flirt on the outside when their relationship lacks a spark and tends to become stagnant. So instead of flirting with others, why not do some in your existing relationship to revive the lost spark?" ~ Divya Sharma, 22

"I don’t believe flirting is appropriate, no matter what the intention may be; playful or serious. In my opinion, it may as well be cheating! A lot of people see infidelity as a binary. Engaging in intercourse with someone other than your partner is an evident breach of fidelity because it is tangible. But things get murkier when we move to the space in between the binary, closer to intangibility. A flirtatious text, body language, and so forth are less clear-cut breaches than sexual intercourse and may largely be open to interpretation. However, according to me, flirting displays a total lack of character, dishonesty and low emotional intelligence; attributes that nobody particularly adores. So no, it is not appropriate to flirt when you’re committed." ~ Janhavi Minocha, 20

"In my personal opinion, flirting in any situation is a sign that you are available. If someone who is in a committed, monogamous relationship flirts with people other than their significant other, it’s not only disrespectful but also a sign that you have a wandering eye and that you’re not ‘as committed’ as you’d like to think. So more than casual flirting being a sign of someone who ‘might or might not’ cheat, it’s already an indicator that their head can be turned and they’re actively looking toward other people for attention or more..." ~ Uzma Majeed, 23

"In a relationship one often develops an intense connection with their partner that no one else can infiltrate. Flirting with others gives room for ambiguity and opens a flood gate of things that could possibly go wrong. For myself, in a relationship I want total exclusivity. As cheesy as it sounds, I believe in finding your soul mate and once that happens, I don’t see why there would be a need to flirt and appear available in someone else’s eyes." ~ Seher Dee, 20

"For some women, their significant other indulging in a fiery chit-chat with another person has been the catalyst in the death of their relationship. On the contrary, there are some women whose last priority will be the twinkle their partner carries in their eye as they converse with a waiter or a waitress at a restaurant. Perhaps it varies for these two categories as well - there could be another group of women, in between these two parallels, where whether or not their husband flirts with another simply depends on their state of mind that day. As a woman, what is most important is my security. The more secure someone is in their relationship, the less worried they will be about the meaningless cheesy chit-chat their partner has with whosoever." ~ Maham Khuhro, 20

"The concept of ‘harmless’ flirting outside a committed relationship is often normalised in today’s society. It's justified as a trait or a part of your personality that you can’t let go of, however, I believe that flirting is a conscious choice and the moment you indulge in it whilst being a part of a committed relationship, you are crossing a boundary. It’s not only being disloyal to your partner but also disrespecting him/her. The act of flirting cannot be overlooked as being naive or friendly. It conveys your interest and need to get attention from someone outside your relationship. It must not be acceptable." ~ Upasana Singh, 23

"The word commitment itself is bound with the promise of consistency, and flirting is an evident form of straying. If one feels the need to flirt with an outsider when already in a relationship, it highlights the loopholes and lack of fulfillment in the bond. Metaphorically, if you’ve got your eyes on a beautiful scenery you shall blink. Realistically indicative of the hiccups in a relationship but turning to another scenic spot portrays the lack of integrity in the initial promise and the consequent fading of original emotions. However, there are some who say ‘flirting is healthy,’ I'm pretty sure they don’t mean flirting when in a relationship though. What I believe they do mean, is that flirting is healthy with your significant other, even years down the line to ensure that the spark of childishness and jovial affection is ever-present! Also, there is a thin line between flirting and being kind to others and once both the partners organically agree on those boundaries or are willing to share their subjective perspectives, the probability of their bond flowing smoothly is much higher. Well, such communication is key, but communicating and flirting with your partner is the lock and the key!" ~ Anushka Shah, 20

5 Yoga Poses to Turn You into a Rockstar Bride

"Yoga is the perfect way to stay energized, calm and be a total rockstar on your wedding day. A consistent yoga...

How to Teach Your Pet to Stay Alone Post-Lockdown, According to Experts

Returning to the workplace soon? Here's how to help your lockdown bestie aka your pet to make sense of why you won't...