#BTExplores From Street Style To Hot Air Balloons, Designer Priyanka Modi Tells You How To Vacay In Kenya

Here's why Masai Mara should be on your post-lockdown wanderlust list. I was only 9 years old when I travelled for a vacation in Kenya with my family. I remember how we used to plan our destinations back then, with all of us bent over a map of the world!

There are some places that leave such a lasting impression on you that even after years, even though you might not remember every detail you distinctly remember how it made you feel. Masai Mara is definitely once such place.

My love for big expanses, wildlife and adventure isn’t really a secret and hence Africa is always on my travel list. But it is my very first trip there, 3 decades ago, that’s still the most special to me.

My mother used to make us write these small journals at the end of the day so that we document our experience. It was such a great way to relive those memories, things that would otherwise be lost to you over time. So every night, I’d jot down the day’s events and stick coins, feathers, maps, brochures, even certificates we would get for our adventure sports/activities – any souvenirs that we collected during the day. It was whilst perusing through that journal when I realized, that I so deeply wanted to express my love for that most fascinating of places. As a kid that loved wildlife, Masai Mara was a larger-than-life adventure!

Of course, when we were going I had my own expectations, but when we got there I realized how small and limited they were in comparison to reality. There were times when elephants and giraffes would walk up to our viewing-deck or we’d land up having lunch next to a pride of lions lazing a 100 meters away, and yes some people could be very apprehensive about this, but for me, it was a pure and unadulterated thrill.

On our first day, we stayed at the Norfolk Hotel, which is around 300 km outside of Masai Mara. The Norfolk was a great property to unwind after a long flight and a lot of tourists commenced their safari from there. We moved to The Mountain Lodge from there, which was approximately 52 km from the Masai Mara National Reserve. The lodge is built on stilts with wooden balconies all around and it stands in the middle of this dense forest and a huge lake behind.

A lot of animals come to this water reserve. There was also an underground passage from this lodge all the way to the lake, where you could watch all the animals up close without disturbing them. In Masai Mara, we stayed at the Mara Serena Safari Lodge with rooms that looked like they were made of mud. All the structures inside the lodge looked one with the savannah – organic shapes, candle-lit interiors and wall art that imitated the local neighbourhood. 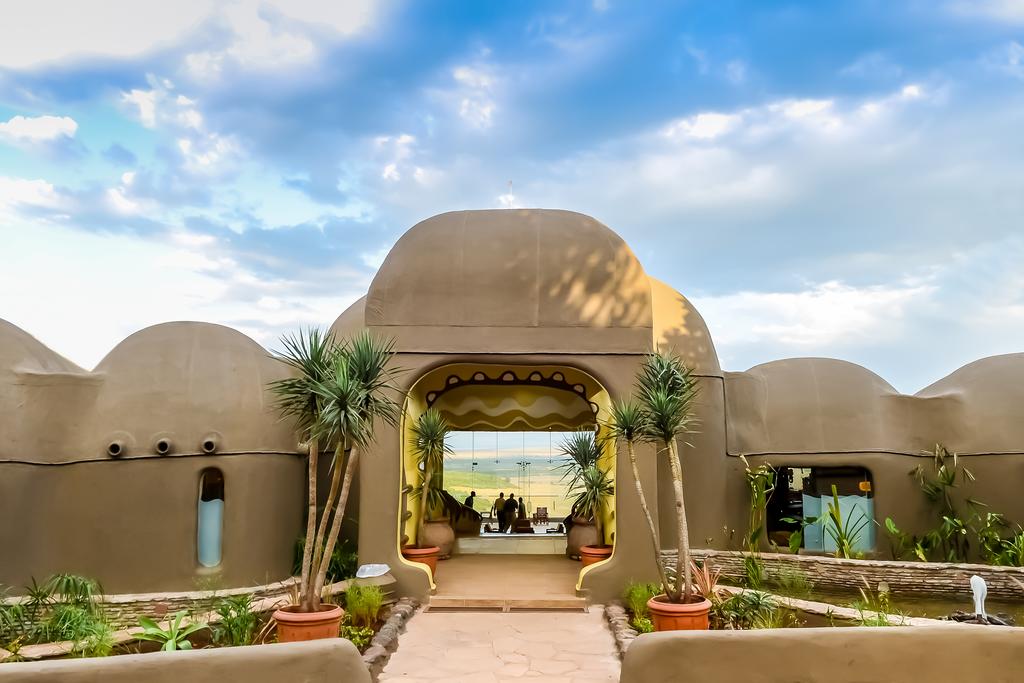 When I had gone to Africa circa 1986, I found that the country was deeply rooted in its culture. They had not diversified how European countries had – cuisine, art, lifestyle, everything was very native. Even India over centuries absorbed colonial and Mughal influences to present a variegated identity.

But in Africa, they stuck to who they were. I’m not just referring to the tribal groups, but people outside these groups wore elements that were a mark of their native place – like a turban or a body wrap – with their everyday uniform. Even in the hotels or lodges, the interiors were done keeping in mind the local communities and their customs, which is a true mark of sustainable development. Even though I have a soft spot for giraffes and zebras, during the safaris we also ended up seeing what is known as The Big 5 in Africa, the lions, leopards, elephants, buffaloes and the rhino!

It was a surreal once-in-a-lifetime experience – the feeling you get when you see nature in its most untamed form. A very large part of the African community truly exists harmoniously with nature, and respects wildlife and its need for untouched habitats – something that the world should learn from. 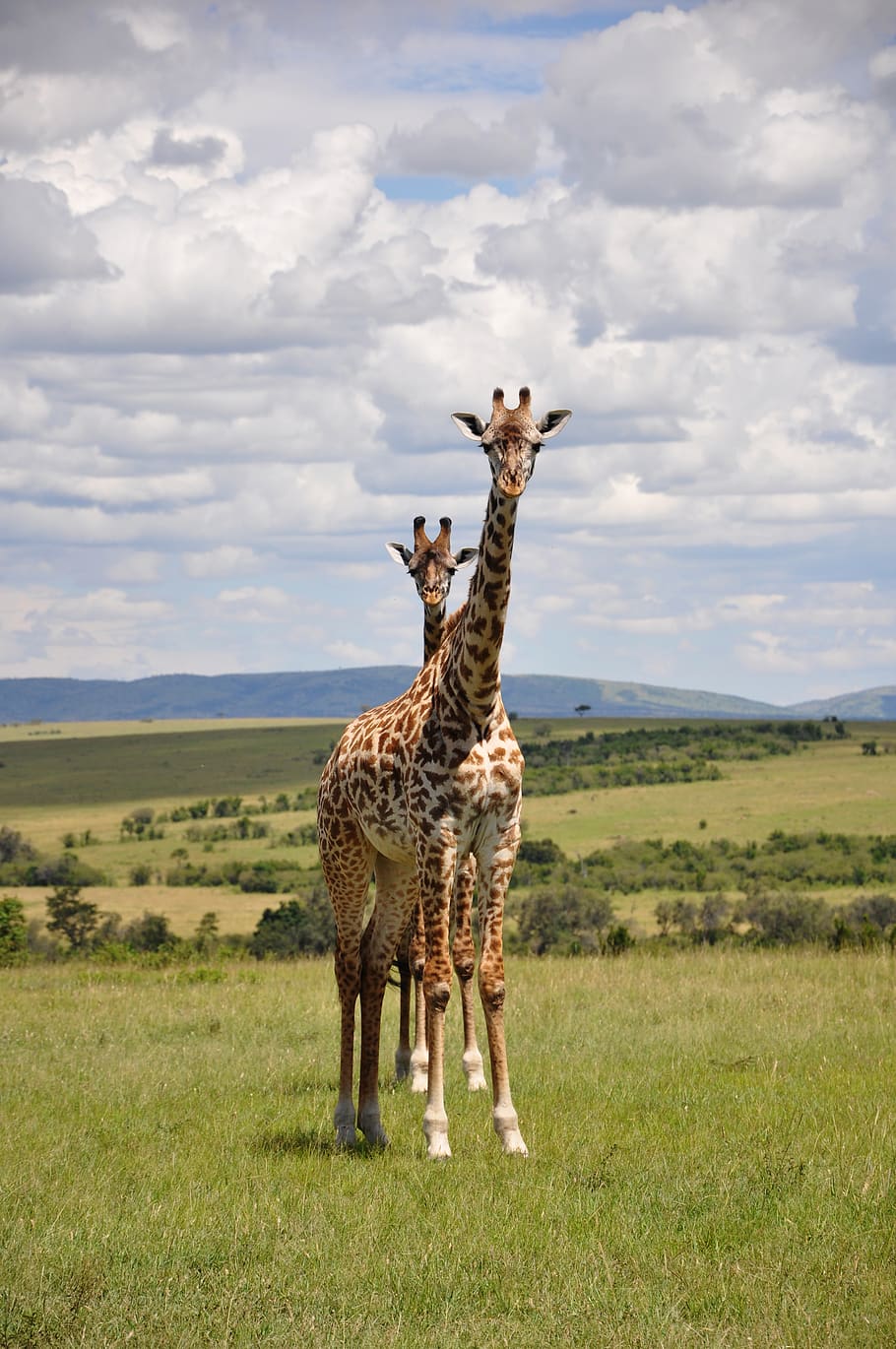 My parents took us to the Nairobi NV Lunar Park, which is like an adventure park with games and rides. That was really fun!

I also remember standing on the spot where the Equator cuts through the African continent. We learnt that since the Masai Mara game reserve lies on the equator, the animals and birds continuously migrate between the north and south directions which is known as The Great Migration. 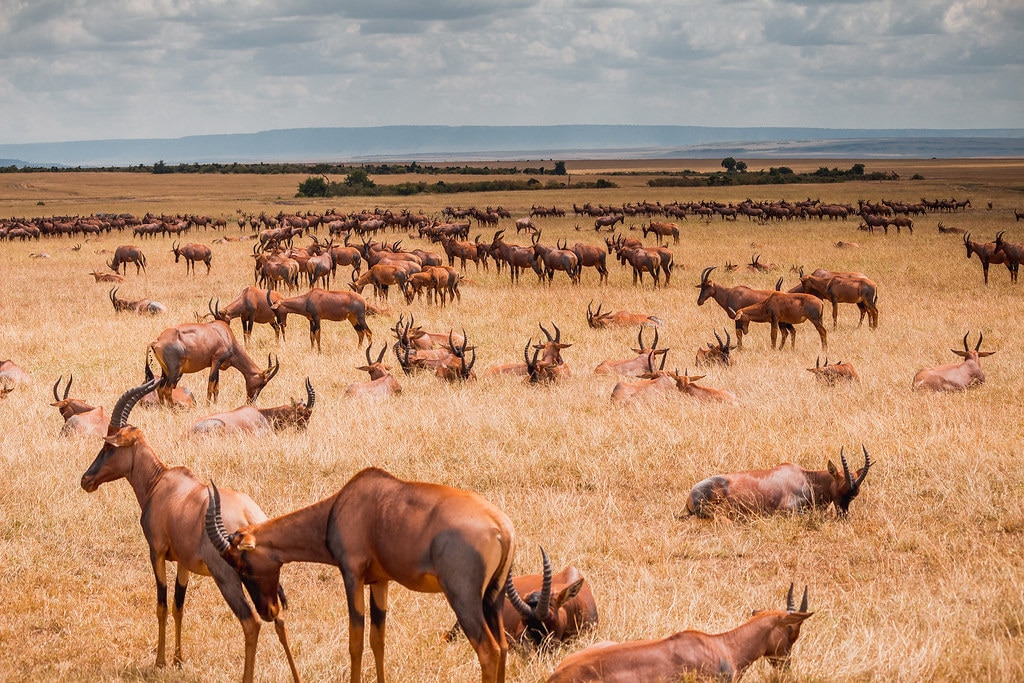 Actually, the idea and the inspiration for my collection came much after the trip, 3 decades later!

Even though I had always known that it was an inevitability that I’d do a collection inspired by Africa, it was in late 2018 when I decided to do a summer collection and started my research.

Though there are many details and references throughout the collection, one capsule draws inspiration from the Masai Mara tribal masks. These traditional masks are a lesson in expressionism depicted through thought-provoking patterns, abstract designs and avant-garde forms. Square and triangular checkerboard grids are often carved or painted to decorate sections of the mask, which we’ve interpreted in our prints.

The colour palette used for this collection, on the other hand, is influenced by the safaris and the colours worn by the rangers. Shades such as tan, grey and olive green bring a sense of adventure to the collection.

And then, of course, the wildlife. I definitely wanted to depict the rich wildlife of Africa and during our research, we discovered a brilliant art-form known as ‘Tinga Tinga’ where the artist used exaggerated shapes, vibrant forms and caricature-style sketches. It was so unique to every other style that we found it perfect to depict our signature artistry in the collection. The women in Masai Mara really lead the street style, wearing the most vibrant and vivacious colours and prints! Like India, they have a wide range of silhouettes and carry off turbans, kaftans, a wrap known as ‘Kanga’ and much much more with equal playfulness and aplomb!

Even though we were a family of 8 when we went, there is one thing that I would highly recommend for one of the most romantic experiences you’ll ever have, and that is taking a ride in the hot-air balloon!

It starts early morning (wait for it!) and once you’re lifted in the air, with the thrill of being in just a basket and a view that is bound to take your breath away, you’re left amazed at just how beautiful sunrise can actually be. You’re flown over a massive part of the reserve, and you can spot so many animals from your birds-eye vantage. Imagine being on top of the world with your special someone! The romance doesn’t end there, as when you land in the midst of the beautiful jungle, a couple of hours later, there’s a spectacular champagne brunch spread out for your private pleasure. It’s definitely something I’ll be doing when I’m back in Kenya with Ankur.

Surprisingly, I found a lot of Indian influences in the local cuisine. I was amused to find vegetable curries, lentil soups and some interesting pickles even all the way in Africa! I also remember meeting the Vice President of Kenya who very graciously joined us over lunch one day.

Another thing that I loved about their food was the way they sourced their ingredients. I remember going to a lodge's farm plantation where the local communities grew their own vegetables and used it for the preparation. It was a small setup but having things farm-fresh is always welcome.

I remember this like it was yesterday. On the third day of our trip, we went to Lake Nakuru.

We were travelling in our safari jeeps and the ranger asked us to look ahead towards the lake. At first, we could only make out a large water body with a pink perimeter around it. We didn’t know what to make of it.

But as we slowly approached, we were dumbstruck. That pink perimeter, which we could not make sense of from afar was actually a massive flamboyance of flamingos surrounding the edge of the lake. It seemed like there were millions of them!

Having seen one of the most beautiful birds for the first time is one thing, but to see them is such numbers is a whole different experience. It was definitely the most scenic of sightings we ever did and the view is still imprinted in my mind. I did keep one feather from the ground as a keepsake.

I would say that a trip to Masai Mara is definitely thrilling, awe-inspiring and simply magical.

5 Reasons You Must Open Up About Intimacy With Your Partner