Janhvi Kapoor on Keeping Busy During Lockdown, Overcoming Career Hurdles and Her Childhood

'I crave affection, and love the feeling of people being protective of me. I want to think everything is rainbows and roses...and everyone just wants to be your friend and be good to you. Because if you anticipate that, then that is what will come into your life,' she says.

Asking for a friend: how does one become a nation’s sweetheart? 23-year-old Janhvi Kapoor seems to have mastered the art form— only two movies into the film industry, and one horror series on Netflix—quickly becoming a force to reckon with. In a conversation with Brides Today, the covergirl lets in on the little things that make her the quintessential star—her determination coupled with a sprinkling of winsome quirks (re-enacting her favourite movie scenes in front of the mirror, included), vulnerabilities, dreams, and a childish spirit to enjoy the little things...

What all has been keeping you busy, lately?

Janhvi Kapoor: Work—it has started in full swing! Although I’m not shooting, the prep has started; also, auditions, discussions on projects, some photoshoots, some travel...It's beginning to get hectic again. I had almost forgotten what that felt like.

What has been the greatest thing you learnt during the lockdown?

JK: The importance of humanity, and how much we can count on each other as an ecosystem to get through crises. Also, the need to maintain balance, to look after your mental health, and to be self-reliant. As a generation, I think we have gotten so dependent on social media—we lead such fast lives, and social media becomes an escape...to keep ourselves distracted or to find short-term happiness or a short-lived burst of confidence. It is crucial to be aware about the difference between virtual and real.

In the past, you have mentioned the effect of energy, and the power of manifesting what you desire. Has that approach undergone any change?

JK: Not really. I still believe in all of those things—I still think that energy plays a great part in what you want to attract into your life. But I have also realised that it is not just that, there is much more to it. Like, it has a lot to do with the efforts you make. And with fate—what’s meant to happen will happen, anyway. What is in your hands is to keep your energy in check, and that is extremely vital. I am not  sure if I can explain what I mean, I’m still trying to make sense of all this...

JK: I think I was stupid as a little girl (laughs). But I have always been extremely emotional and overly-attached to my family. If my parents went out for dinner or for an event, I would stay up all night, waiting...paranoid that something might happen to them and they won’t return. And if they were boarding a flight, I would wait at the gate till papa boarded, because he was always late! So I guess I have been very sensitive, from the very beginning. I have also been quite childlike, perhaps even naive...and I want to hold onto that. 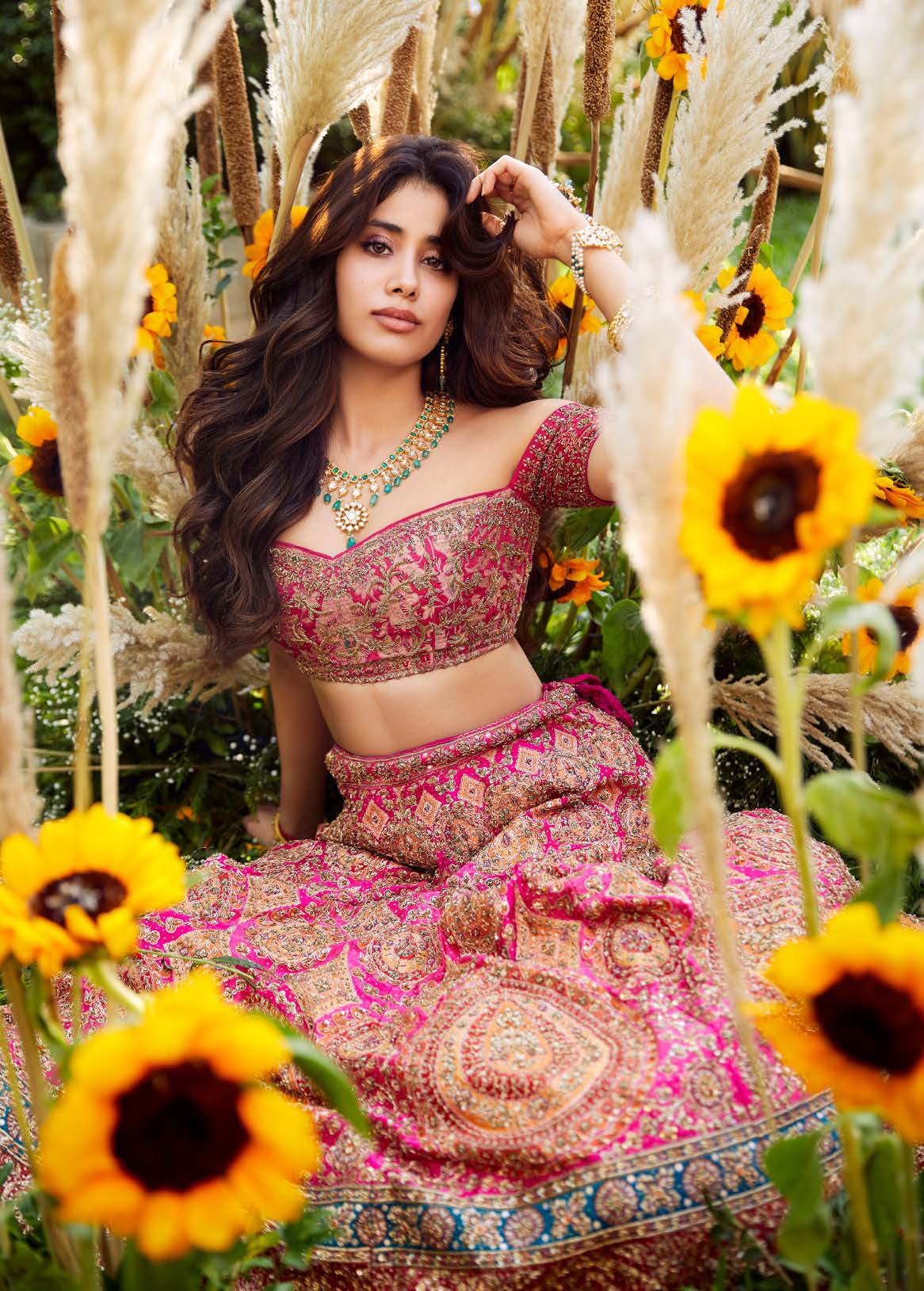 You want to retain your inner child. But, considering the profession you are in, do ever feel pressurised to grow up faster than your years?

JK: In some aspects, I think I have grown up faster than my years. Like, I see my sister at 20, and she’s doing a lot of things that I had decided not to do, just the way my mom had sacrificed her entire childhood since she was four. But she was always so childlike, even after getting married and having two kids.My sister is much more mature than me. I crave affection, and love the feeling of people being protective of me. I want to think everything is rainbows and roses...and everyone just wants to be your friend and be good to you. Because if you anticipate that, then that is what will come into your life. Some people think it’s an act, but I like to tell myself that it’s the way things are...and the results will make me happier.

And what are some of the things that you have grown out of?

JK: Over the years, I have come to see the importance of being happy with slowing down, reducing the pace of life a bit. As I was saying earlier, people are so caught up with living in the fast lane, they don’t realise how crucial it is to slow things down, sometimes, and be okay with it.

Lets discuss your films. After Dhadak and Gunjan Saxena: The Kargil Girl, are you drawn towards films that celebrate women and are you consciously picking roles like that?

JK: My outlook has never been, ‘Oh, I want to do a woman-centric film’. It has all been very organic for me. And, fortunately, I am very happy with the roles I have auditioned for, and then landed. The one thing I am clear about, though, is that I only want to do films that I’d like to watch myself. Also, honestly, it’s more convenient for an actor to play a character that is well-written—it makes our jobs so much easier. Like, when I read the script for Gunjan..., or Ghost Stories, or Roohi Afzana, they all rode on scripts that were already so interesting...it felt like they had layers and would be fun to work on.

What do you think has been the biggest hurdle that you had to overcome in your journey?

JK: I don’t think I had to really overcome anything, to be honest. I have so much to prove and so much to do. I hope people think I can act, after three films now [Janhvi’s next film, Dostana 2, is in the offing]. And I hope people take me a little more seriously in this phase. I think they are, though...and that’s resulting in more opportunities for me. I will learn more, and grow more—it’s just the beginning of the journey.

Finally, what are your hopes for this year?

JK: I hope to be in an extremely healthy mental space. I hope to be doing good work, to spend time with loved ones as much as I can, and I really hope to make my parents proud...that’s one huge thing for me.

An Indian Couple Gets Married Mid-Air to Escape Covid-19 Restrictions!

According to governmental guidelines, the wedding guest limit has been capped at 50—across several Indian states—to curb the spread of coronavirus.

Try These 5 Standing Ab Exercises for a Flat Stomach

When you are short on time, you could do these quick and effective exercises for best results